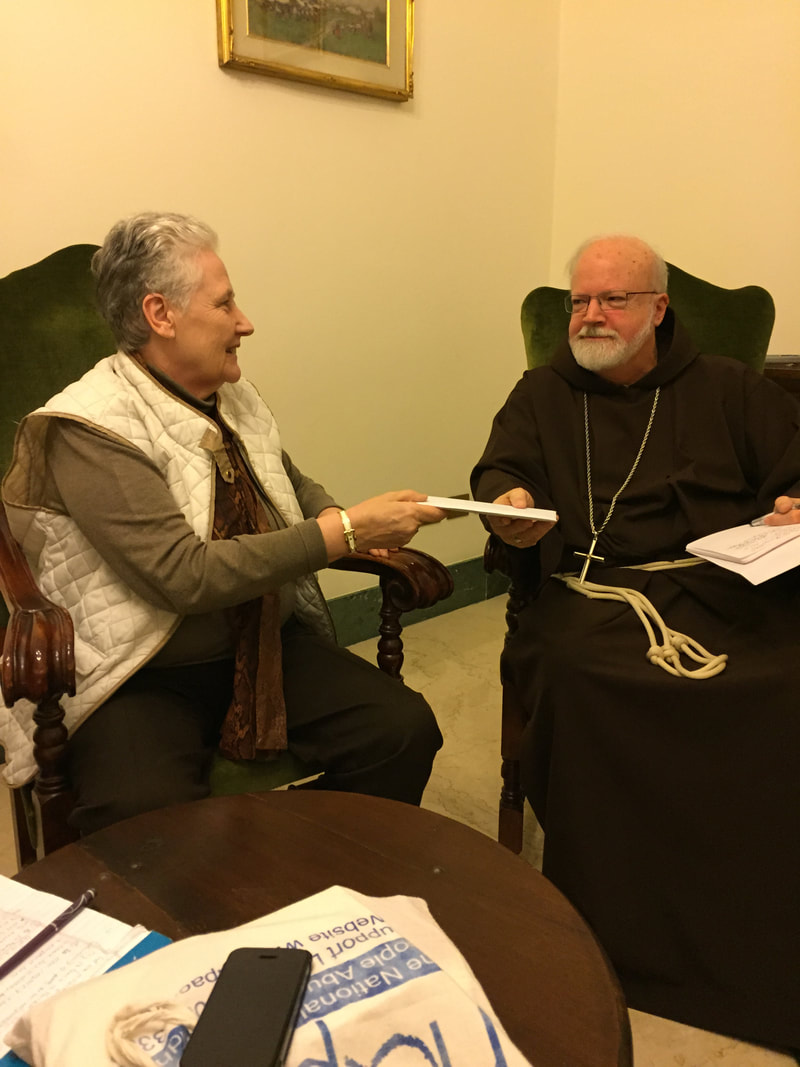 VATICAN CITY (AP) — Pope Francis received a victim’s letter in 2015 that graphically detailed how a priest sexually abused him and how other Chilean clergy ignored it, contradicting the pope’s recent insistence that no victims had come forward to denounce the cover-up, the letter’s author and members of Francis’ own sex- abuse commission have told The Associated Press.


From: Ricardo Ezzati Andrello
To: Francisco Javier Errázuriz
Sent: Saturday, June 28, 2014 at  23:16
Dear Mr. Cardinal,
Yesterday, the day of the Sacred Heart, in the headquarters of the Catholic University, I met with Father Marcelo Gidi (Jesuit priest). Just arrived from Rome and told me that the Pontifical Commission on sexual abuse, would be appointing Mr Juan Carlos Cruz (one of the victims of Fernando Karadima). His appointment is nominated by this Irish woman who was abused [referring to Marie Collins], which is already a member of that committee. I hope not, it would be too terrible for the Church in Chile. It would mean, among other things, to give credit and believe a construction of the truth that Mr. Cruz has shrewdly built after the Decree of the Congregation for the Doctrine of the Faith, [*although true facts it would be dangerous] that correspond to the truth of the facts. I hope you can talk and provide light to  those who have responsibility for this nomination. [* ] this sentence amended as error in translation

Receive  my cordial greeting, which I extend to the Holy Father. Tomorrow at the Cathedral of Santiago, we will remember you in a special way.
Good evening
+ Ricardo (Ezzati)

From: Francisco Javier Errazuriz
To; Ricardo Ezzati
Sent: Sunday, June 29
(…)
First thing Monday morning I will sit in the offices of the Prefect of the Congregation for the Doctrine of the Faith to prevent this evil which you told me about. If he declines, I will speak with the Holy Father. Do they think that an appointment is appropriate without consulting the president of the Chilean Conference of Bishops or any of the Chilean cardinals? It would be a new reason to reform the Curia.
I wish you a great week.
Your brother in the episcopate
+ Francisco Javier

From: Ricardo Ezzati Andrello
To: Francisco Javier Errázuriz
Sent: April 21, 2013
This morning I heard a story that did not please me at all. A journalist informed me that Mr. Cruz has been invited by the Anglophone Episcopal Conference to testify about the experience of suffering abuse by Father Karadima and to talk about the behavior of the Church of Santiago in relation to it. The meeting which will take place in Rome in the last week of May.  A team from our archdiocese will be present. This was communicated to me by Fr. Ramos who wanted to attend with several members of the team.
Tomorrow I'll talk to Mons. Goic to see if this invitation has his authorization (since the Committee has not told us anything).

Also, I ask for your advice to see who can  intervene in Rome to prevent this from happening. We know the intentions of Mr. Cruz towards you and to the Church of Santiago. I hope we can avoid that his lies find agreement among those who form the Church. Sorry to end your Sunday with this bad situation.

With great respect, greetings in the Lord,

From: Francisco Javier Errazuriz
To: Ricardo Ezzati
Sent: April 22, 2013
Dear Don Ricardo,
How strange is it that on the Sunday of the Good Shepherd  we also have to deal with robbers and wolves
I need advice: Which are the countries included in this Anglophone Episcopal Conference?
I see two paths which should be followed simultaneously: It is nonsense invite Juan Carlos Cruz, who will distort the truth, to get the information to the bishops. How do they invite him, and not invite someone who presents things from our point of view?  Moreover, he will use the invitation to continue harming the Church. Cheer up! We read it on Sunday: this Serpent will not prevail.

I remember you with gratitude and fraternal trust,

Your brother in the episcopate,

The head of that commission is Cardinal O'Malley.
He wants the names of all potential members – before the appointment by the Holy Father -- to pass through the nuncios in consultation with the respective Bishops. I handed the material.  Cruz is clearly not to be named. Anyway, although I already did on Sunday, you do the same and warn the Nuncio again, give him a warning once more. Juan Carlos Cruz has been proposed to be appointed to the Commission.
(…)
For now,  I implore for you all the gifts of the Holy Spirit of joy, wisdom, strength and peace.

Your brother in the episcopate,
+ Fco. Javier