The Marie Collins Foundation (MCF) is a UK charity enabling children who suffer sexual abuse and exploitation via internet and mobile technologies to recover and live safe, fulfilling lives.  It  works nationally and internationally in partnership to raise awareness and knowledge of these issues through workshops, conferences and media activity and through the promotion of research.
Press Release 10th November 2014

BT and Marie Collins Foundation programme to help online sexual abuse victims
BT and the Marie Collins Foundation (MCF), the only children’s charity in the UK devoted to helping children and their families who have suffered online sexual abuse and exploitation, have announced a groundbreaking partnership to pilot a new programme that will eventually train all front-line workers to help children harmed in this way.

The new initiative called CLICK: Path to Protection is the first of its kind. BT and the MCF want to ensure that every professional working with child victims of online abuse understands their individual role and those of colleagues in other related organisations.
Placing the needs of abused children and their families at the heart of any intervention, the aim will be to enable professionals to carefully plan how to approach each individual case from discovery to recovery. Increasing numbers of children are reported to be harmed in this way each year and many more go unreported .

The lack of professional expertise in the area of online abuse was identified in reports by Barnardo’s in 2004 and for the World Congress III against Sexual Exploitation of Children and Adolescents in 2008. The MCF commissioned an independent survey of Education, Health and Children’s Services in 2013 by the University Campus Suffolk (UCS), which showed that more than 96 per cent of front line professionals in the field said they needed training to assess risk online and 95 per cent felt they needed training to help children and their families with recovery from online abuse.

The UCS research has led to the partnership between the MCF and BT for the pioneering scheme to train police, education and children’s services, health professionals, the Crown Prosecution Service (CPS) and Non-governmental Organisation (NGO) staff as well as the judiciary. The aim is for CLICK: Path to Protection to eventually be rolled out to all front-line professionals working in this area.

The content of the training for the pilot is being developed by a group of experienced professionals including world renowned child online safety expert and CEO of MCF, Tink Palmer, representatives from education and children’s services, the College of Policing, the Association of Chief Police Officers’ (ACPO) lead for child abuse Simon Bailey, academia (UCS) and an experienced recently retired CPS lawyer and Policy Officer.

The pilot will consist of four projects, in England, Northern Ireland, Scotland and Wales, which will be tested and evaluated by UCS and then refined for rollout. The training content will take the form of a pathway from discovery to recovery, intended to become a best practice resource for professionals. Two types of resource will be produced for the pilot, the first will cover national policy, procedures and guidelines for protecting children and the second will be practical advice. The programme will include an educational

DVD titled Web of Betrayal, which portrays the real life situation of a child abused online. The material will be available on the MCF website when the project is rolled out.

Those who receive the training will take an online test to confirm that they have understood and learnt new ways to engage with children and their families. Successful candidates will receive a certificate verifying their learning. It is hoped that the final product will be endorsed by all the institutions responsible for training professionals working in the child protection area.

The pilot will follow a train-the-trainer format. The ultimate aim is to cover all UK regions and to reach all front-line workers who may deal with children harmed online and their families.

Tink Palmer, chief executive of the Marie Collins Foundation, said: “This initiative will provide an invaluable resource for front-line workers working with children who have been abused and their families. Online abuse is a growing challenge which requires a very specific response in order to ensure victims are able to recover with the right support. The chance to partner with BT, a multi-national communications provider is a huge boost for a charity such as the Marie Collins Foundation, and we are thrilled to be able to use this partnership to make sure that children and their families are continually being placed at the centre of any intervention which takes place as a result of abuse or exploitation online.”

Pete Oliver, MD of BT Consumer, said: “We’ve been focused on the issue of online safety since we developed the world’s first Cleanfeed filter to block child abuse images more than a decade ago and since have made the technology available free to other ISPs across the world.

“Online child protection is a critical issue and one BT takes extremely seriously. Our long standing commitment has seen us launch a partnership with UNICEF UK, Internet Matters - a pan-ISP resource for parents - and our BT Parental Controls. We are very pleased and proud to be associated with the Marie Collins Foundation and such a valuable and innovative project. It is vital that front-line professionals in this area have the very best training to better protect and help victims and their families.”

Notes to editors
BT’s commitment to child online safety is a part of BT’s Connected Society vision which aims to improve society through the power of digital connections. This has included the following projects and initiatives:

The Right Click: Internet Safety Matters – a joint campaign between BT and UNICEF UK to help children and parents to keep young people safe online. The three-year project, launched in March 2014, involves 600 BT volunteers running workshops on online safety to children, parents and teachers at 600 schools across the UK.

Internet Matters – BT was one of the founding partners of this new independent, not-for-profit initiative, launched in May 2014 by the four major ISPs in the UK. The portal (internetmatters.org) aims to highlight the most up-to-date help, advice and resources on online safety.

BT Parental Controls – BT’s free filters, which allow parents to protect their children by deciding what their children should and should not have access to on the Internet. Once activated, BT Parental Controls cover all devices using the BT Home Hub, and remain in place outside the home when using BT Wi-fi hotspots. Parents can select their level of filtering and can customise it depending on the needs of their family.

The MCF vision is to ensure that all children who suffer abuse via the internet and mobile technology are able to recover and live safe and fulfilling lives.

The MCF works in partnership with police, health, children’s services, NGOs, education personnel, industry members, government departments and those working in the legal profession and judiciary. As well as offering direct services to children and their families affected by abuse online, the charity provides training for professionals and works alongside those assisting children in their recovery, influences national policies and strategies regarding appropriate responses to children harmed online and engages with the media in responsible and informed debate.
The charity is named after Marie Collins, a survivor of sexual abuse involving abusive photography. Marie was recently appointed by Pope Francis to the Pontifical Council for the Protection of Minors. 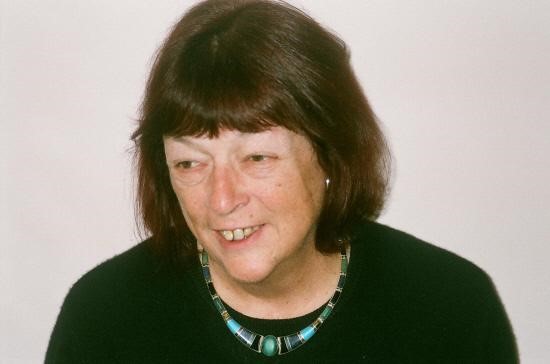 
A NORTH Yorkshire charity is launching the world’s first global network of professionals to helping children who have suffered online sexual abuse.
The Marie Collins Foundation (MCF), based in Masham near Ripon, was set up in 2011 by chief executive Tink Palmer and works with children, young people and families to help them recover after sexual abuse involving technology. It also trains including social workers, police and teachers in supporting victims.
Now it is about to lead the world’s first global network of experts dedicated to helping child victims. The Global Protection Online Network is funded by investment from the global fund pledged at the #WePROTECT Children Online summit by former Prime Minister David Cameron in 2014.

The money will be used to provide support to child victims of technology-related violence, abuse and exploitation through the Global Protection Online Network.

It will also fund a report on international research relating to the recovery of children from online abuse and carry out a survey to map out work practices and lessons learned among professionals in 17 countries identified by UNICEF as priorities.
The network will be officially launched at a major conference, From Discovery to Recovery, hosted by MCF in London on Tuesday (June 28) which will bring together 170 professionals from areas including criminal justice, charities, sport, the government, the Premier League, UNICEF, the NSPCC and most UK police forces. .
The conference hosted by the North Yorkshire charity will be chaired by the national police lead for child protection and abuse investigation, Chief Constable of Norfolk Police Simon Bailey, who will call for closer collaboration between organisations involved in the area.

Prof Palmer, who has recently carried out site visits and interviews in Thailand, Vietnam and the Philippines, will reveal the early findings of the international study at the conference.

She said: "We are delighted that the expertise within Marie Collins Foundation has been recognized with the awarding of this funding which allows us to carry out valuable work with the potential to benefit current and future victims of online sexual abuse.
"It will be the first time all the research in this area is brought together, allowing us to identify the best international practices for supporting harmed children and helping them recover and go on to lead fulfilling lives.”
Prof Palmer added: "While we are all dedicated to stamping out these insidious and hateful crimes and catching those responsible, the online resource and establishment of a global network of experts will ensure greater sharing of knowledge and expertise in the future."
​
MCF was founded by Professor Palmer who set up a well-respected national programme for victims of child abuse in Middlesbrough after the notorious Cleveland scandal, when many children in the area were diagnosed as sexually abused.
She began working on her first case of sexual abuse involving the internet in 1999 after receiving her first police referral for a group of children who had been made the subjects of child abuse images.